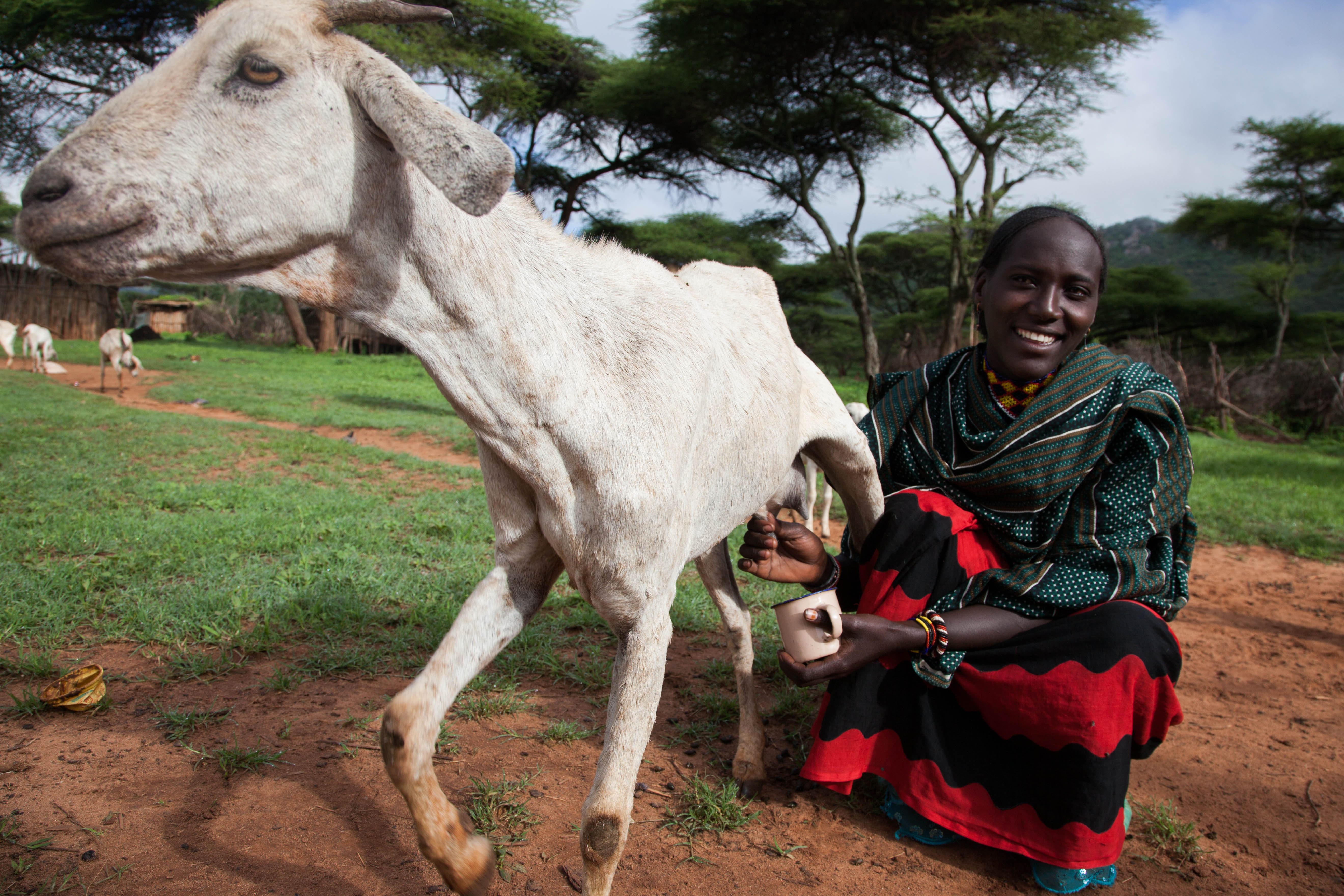 In northern Kenya, milk constitutes a major diet for the local people who engage in pastoralism as the main source of livelihoods. Consumption of raw milk is a common practice amongst farmers from these communities as it is perceived as being more nutritive and containing medicinal properties. This practice poses a threat to food safety and ultimately food security, as unpasteurized milk has the potential to carry infectious pathogens, which might also be carrying resistance genes.

Amongst the most important resistant genes identified, resistance to b-lactam antibiotics is considered a critical problem as this family of antibiotics is used as a first-line treatment of many bacterial infections affecting animals and humans. Moreover, genes that confer resistance to b-lactams are encoded in mobile genetic elements that can be transferred and disseminated to other bacteria. Therefore, the identification of AMR genes, especially those encoding Extended-Spectrum Beta-Lactamases (ESBL) and methicillin-resistant Staphylococcus aureus (MRSA), is crucial to minimise the risk posed to people consuming raw milk in Kenyan pastoral communities.

The aim of this study was to investigate the prevalence of AMR in household milk for human consumption in Isiolo and Marsabit Counties, Kenya. A total of 603 milk samples were randomly selected from milk-producer households. E. coli and S. aureus were isolated from 42 and 85 samples, respectively and their antimicrobial resistance profiles determined phenotypically and genetically using microbiological and molecular techniques. Additionally, a survey was applied to household members to collect additional information on milk processing practices, consumption patterns and use of antibiotics in livestock. All the households that were used in the study were geo-referenced. The survey also collected information about animal data, and the animal species kept.

The study identified multiresistant E. coli and S. aureus isolates in the raw milk that household members from these communities were consuming. Moreover, genes encoding resistance to b-lactams antibiotics were widely present in these isolates, and these genes were able to confer resistance to the third or fourth generation of this antibiotic families. Resistant genes to tetracyclines, aminoglycosides and methicillin among other antibiotics were also identified. Analysis of the questionnaires revealed that pastoralists in the area extensively use antibiotics to treat animal infections and consumed raw milk. Furthermore, communities surveyed were located in remote areas, where sources of cross-contamination with resistant bacteria from other origins were highly unlikely.

The results of the study indicate that pastoralists in Northern Kenya are consuming milk contaminated with multidrug-resistant E. coli and S. aureus. Measures to reduce the burden of resistant bacteria carrying ESBL and MRSA genes need to be taken. Interventions to raise awareness about this issue in these types of communities are necessary to improve the way that antimicrobials are used in animals in this region and minimise the risk of community members contracting food-borne diseases.

The study increases our knowledge on the prevalence of antimicrobial resistant bacteria in milk in pastoral and agro-pastoral production systems in Kenya, and supports awareness campaigns amongst pastoralists about the risk of consuming potentially harmful raw milk and how the misuse of antibiotics in animal treatment could be putting pressure on bacteria to develop resistance.

This study was jointly funded by the United States Agency for International Development (USAID) and the CGIAR Research Program Agriculture for Nutrition and Health (A4NH).