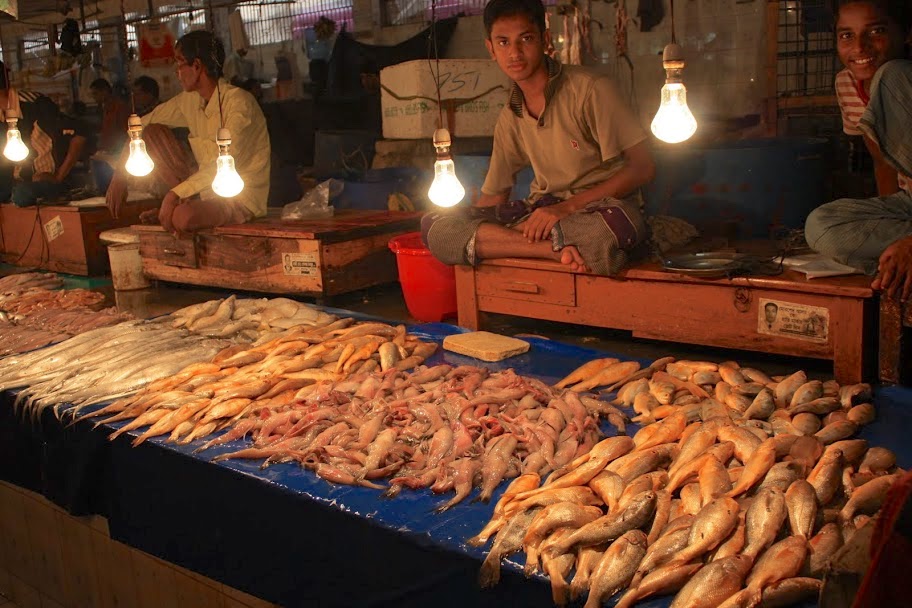 Aquaculture systems are highly complex and influenced by environmental, biological, cultural, socio-economic and human behavioural factors. The growing importance of aquaculture is fuelling a transition of small-scale farming to industrial intensification in LMICs. This transition is likely to be driving the extensive and often indiscriminate use of antibiotics in these systems to treat or prevent disease and increase productivity, often to compensate for management and husbandry deficiencies. Moreover, enforcement f regulations for the responsible use of antibiotics is challenging, and surveillance or monitoring of antibiotic usage (ABU) and antibiotic resistance (ABR) in these countries is lacking or absent. Consequently, the role that ABU in aquaculture may play in the emergence of ABR is not understood. Supporting LMICs to develop more effective policies and sustainable surveillance systems for ABU and ABR in aquaculture should be a high priority in the fight against the global emergence of ABR.

The AMFORA project: Applying a one health system modelling approach to formulate strategies for mitigating the risks to human health of antibiotic resistance in aquaculture, aims to apply a ‘systems-thinking’ approach to map aquaculture systems and identify potential hotspots for the emergence and selection of resistance and human exposure to antibiotics and antibiotic-resistant organisms.

Two interdisciplinary workshops were held in 2018, one in Vietnam and one in Egypt, where researchers and relevant stakeholders from different universities and institutions came together to discuss and highlight potential drivers of ABU in the aquaculture systems of these countries. Both workshops were designed to develop systems thinking and experience in mapping systems, to build collaborations and understanding of different expertise. The workshop in Vietnam focused on three systems: white-leg shrimp production and striped catfish production in Vietnam, and tilapia production in Bangladesh, while the workshop in Egypt focused on local tilapia production.

In each system, the grow-out ponds were identified as the most likely hotspot for emergence of resistance due to direct and indirect ABU, the possibility of contamination of the water with sewage and longer productive periods (in the three species assessed). Moreover, the value of the stock was described to be an incentive for using antibiotics at this stage.

A number of hotspots for potential human exposure to resistance genes and/or residues and for antibiotic use were identified. The main pathways for exposure included: occupational (at the farm and different handling points along the value chain), through consumption (bacterial cross-contamination and residues) and from different environmental routes. The environment was acknowledged as an often-neglected pathway in antibiotic resistance studies, leading to uncertainty as to the role of the environment as both an output of and an input into the system.

A number of potential interventions were identified at both workshops, relating to improved management and biosecurity, improved genetics, alternatives to antibiotics, improved diagnostics, monitoring and surveillance, initiatives and incentives, and better education and training. The feasibility of these interventions, as well as their advantages and disadvantages, are currently being investigated.

A critical knowledge gap identified at the workshops is the lack of data on antibiotic usage at different points of the value chain. In addition, there is currently no data with which to quantify the risk of exposure at different points in the system. This includes the presence and quantity of antibiotic residues or the prevalence of important fish diseases, zoonotic bacteria and resistance genes in the different hotspots.

These workshops identified potential interventions as well as key knowledge gaps, and provide a template for more detailed characterisation of the systems. The next step will be to build on the information captured at these workshops using system dynamics modelling to deepen our understanding of how a complex system, such as intensive aquaculture in LMICs, behaves. This will allow us to explore how the features of the system influence human exposure to ABR and explore the impact of different interventions on reducing ABU. Our ultimate goal is to develop a smart, risk-based approach to monitoring and evaluating the likelihood of exposure to ABR that will be generalisable and thus transferable to other systems and countries.

This research contributes to the identification of potential drivers of ABU in aquaculture systems of these countries and reveals critical points in the fish production industry that can be targeted through interventions to reduce ABU. Additionally, it provides a theoretical framework to develop a dynamic model that allows public policymakers and other stakeholders to identify hot spots where humans could be exposed to antibiotics from these types of systems.

These workshops were funded under the MRC AMR Global Development Award 2017.